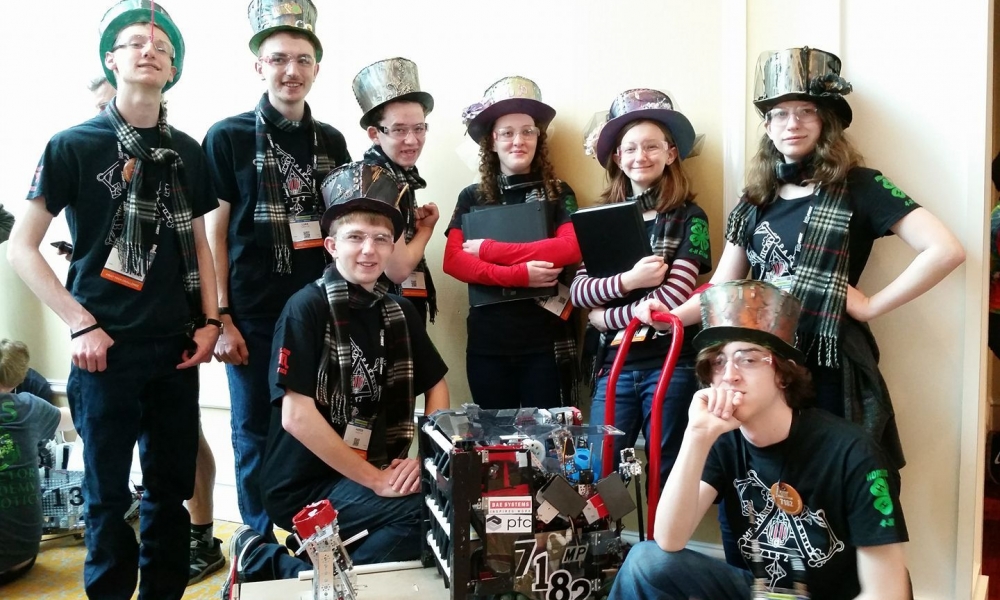 For the last post of the FIRST® Robotics series, we sat down with our sponsored FIRST® Tech Team, Mechanical Paradox.  They did an excellent job this year making it to the finals of Worlds in St. Louis winning their Division – Edison and allowing them to become finalists. The team consists of 8 home-schooled students ranging in their twenties to teens.  They operate through the Howard County 4-H Group, a youth outreach program.  We continue to be impressed with this team’s use of MISUMI parts in their robot throughout the years!  In the past, they’ve used MISUMI aluminum extrusion and linear guides, check out what they used this year and how it got them to the top! 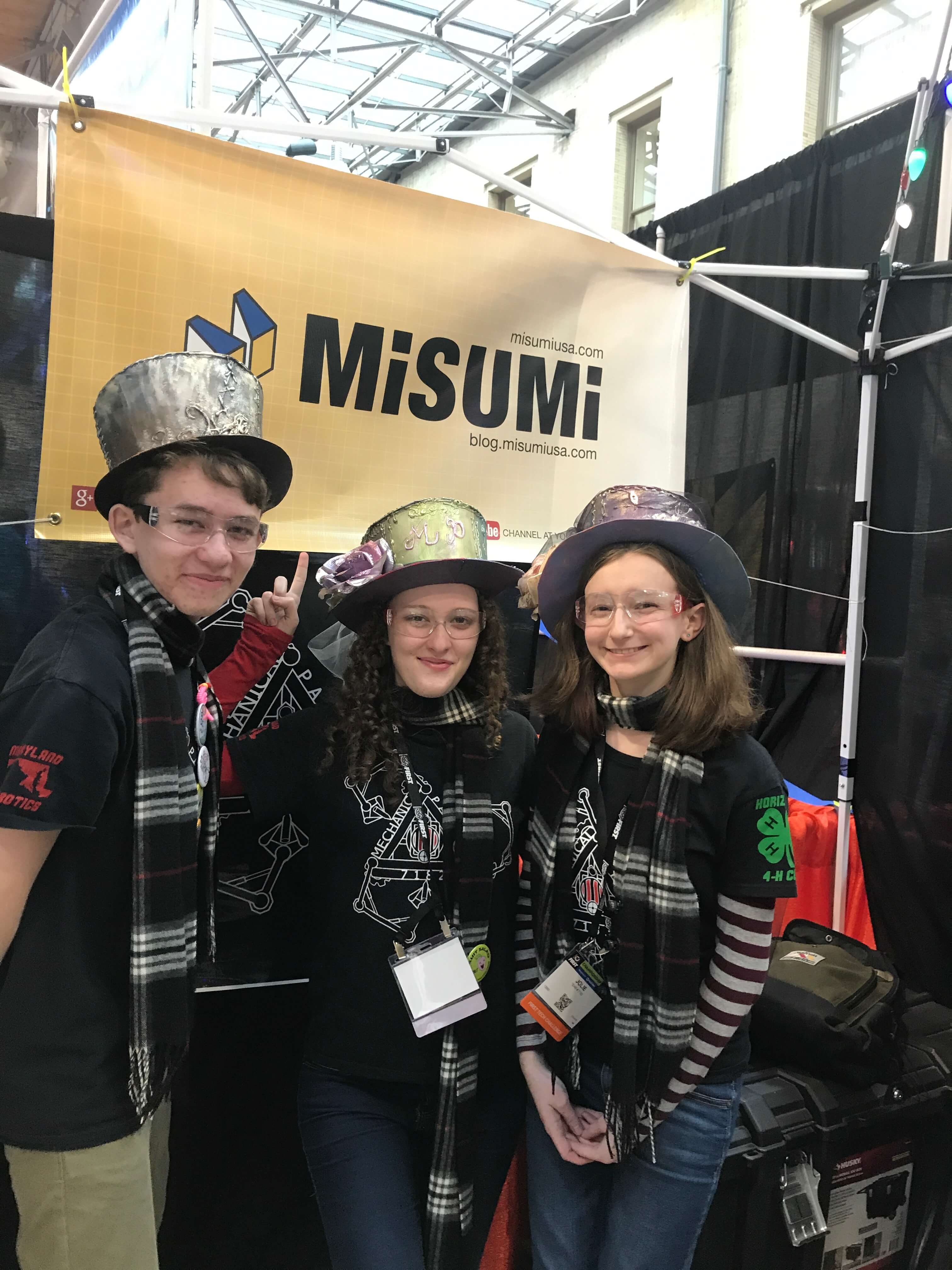 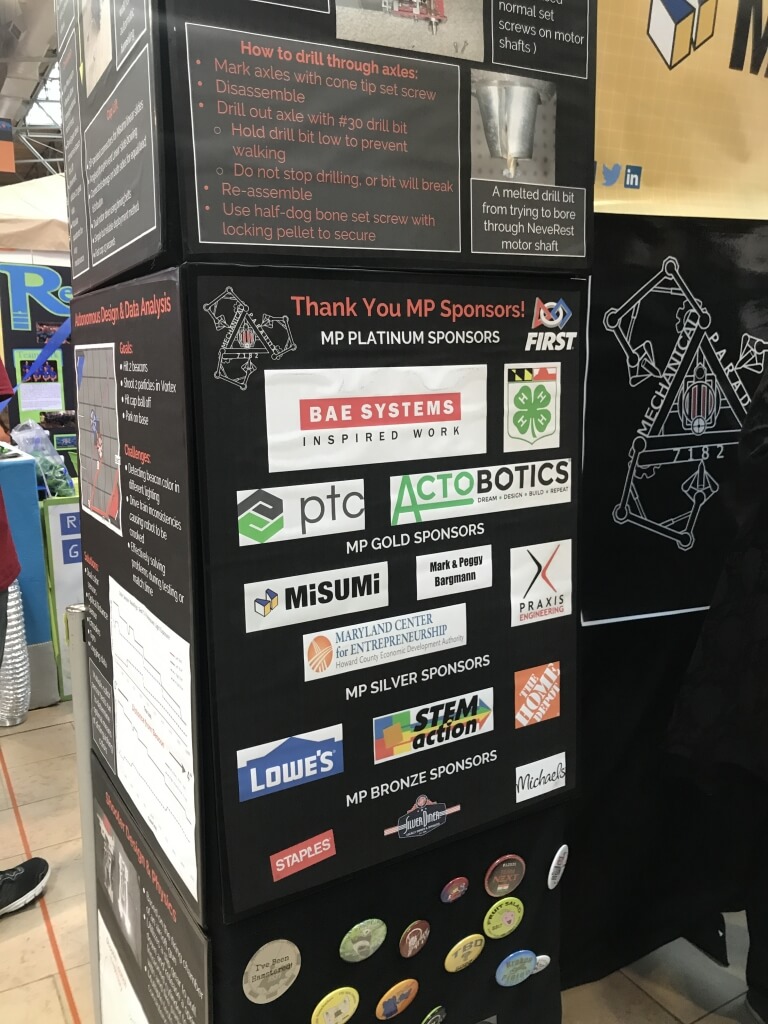 Q1: Give a brief overview of the design of your robot.
This season, one of our main goals for our robot was to create a fully modular design, such that each major subassembly could be removed from the robot and improved, tested, or fixed without affecting the other components. As such, the robot design is easily broken down into the individual modules.

For particle (whiffle ball) management, our Spinner Intake System utilizes a series of rotating PVC shafts with protruding rubber tubing to kick the particles vertically up a back wall. The wall contains an angled roof such that particles are automatically funneled to one side of the robot, which makes depositing them into our particle hopper far easier. The hopper is a snaking Lexan path that directs particles directly to our Shooter System.

Our Shooter System is largely based off a firing chamber from an airsoft gun. It utilizes a slip gear pulling down a rack connected to a sliding cylinder. The cylinder is spring loaded such that when the slip gear reaches the area with no teeth, it is propelled upwards at a velocity that stays constant across variance in battery voltage.

The other main mechanism subset is our cap ball lift. To pick up the cap ball, we have a simple forklift that holds the ball in the robot via two servo-driven arms on the front of a roughly parabolic metal base. The forklift is then lifted via a series of interconnected linear guides that are pulled vertically upwards with a spool and pulley system.

Q2: What MISUMI parts did you use and why?
The main mechanism on our robot that uses Misumi parts is our cap ball lift. For the linear slides, we needed to use very robust assemblies to support the weight of the roughly 2.5-pound cap ball being lifted 47 inches into the air. We had problems with this type of challenge in the past due to the friction of successive slide stages preventing them from lifting quickly. To avoid this problem, we used Misumi Linear Guides (SSEL2BML13-445) with wide ball bearing sliders. We connected four of these together using 3D printed pieces we designed to have slots for us to implement the pulley system. This design has worked amazingly well: the linear guides create an extraordinarily smooth and fast lift that has been one of our most reliable and durable throughout this season.

Additionally, we implemented Misumi timing belt pulleys (BTP15XL037-B-PUC) on our Spinner Intake System along with Misumi idlers (HBGA25-11) to ensure that the serpentine belt system could spin with minimal friction. These pulleys have made the system very easy to maintain due to having high side walls and convenient set screw access points. 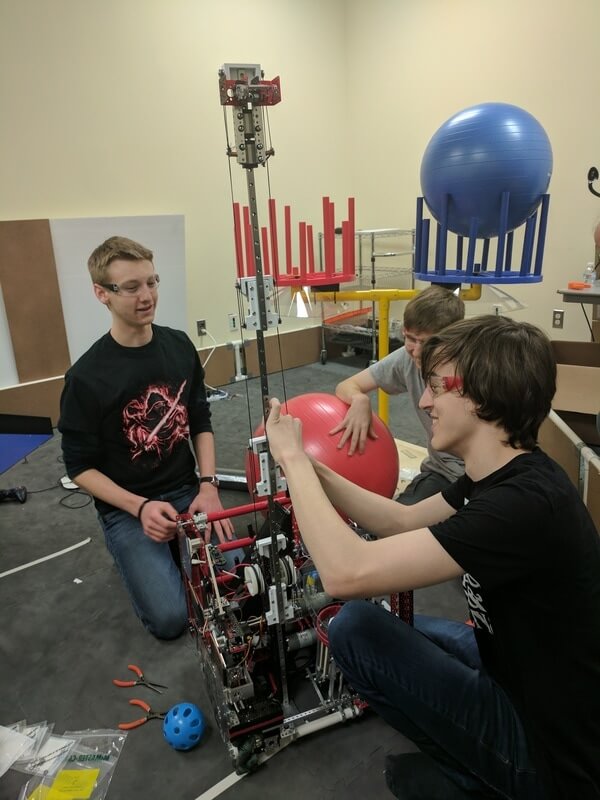 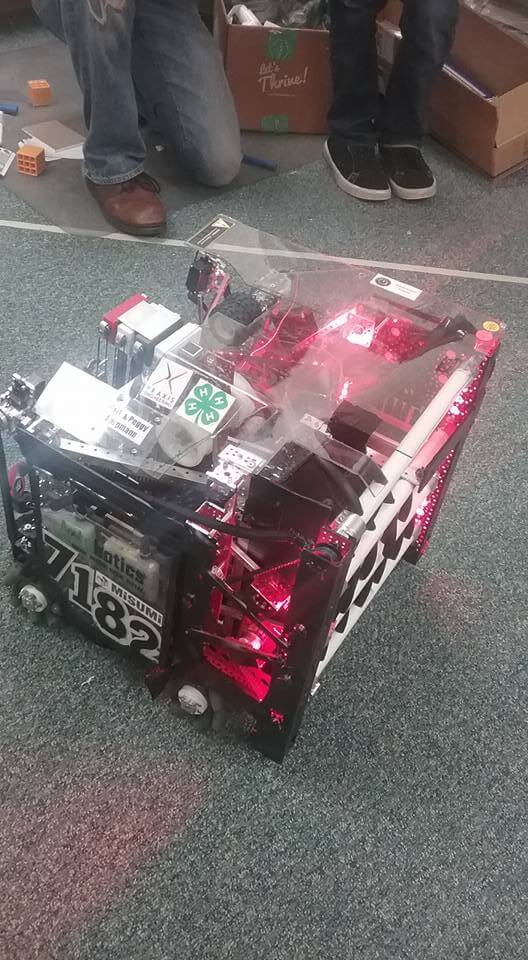 Q3: What was the biggest design challenge of your robot?
One major design challenge we faced during this season is connected to our drive train. During our prototype phase, we decided that it would be most effective to use a bevel gear system on our drive train such that the motors would not encroach into the space for our cap ball lift and shooter mechanisms in the center of our robot. Unfortunately, the bevel gears had recurring issues with gears slipping and the teeth stripping. We took multiple precautions to combat these issues along the course of the season. To prevent slipping, we inserted precision shims between each of the components in any given subassembly to ensure that the fit of the two bevel gears remained snug regardless of the set screw’s hold on the shaft. We needed to drill out the steel axles and implement half dog bone set screws to ensure the components would not gradually slip. Additionally, we used threadlockers quite liberally to make sure the assemblies would not gradually come apart. Through fixes like these, we were able to create a fairly robust and easily maintainable drive train while also allowing enough space for our other major mechanisms. 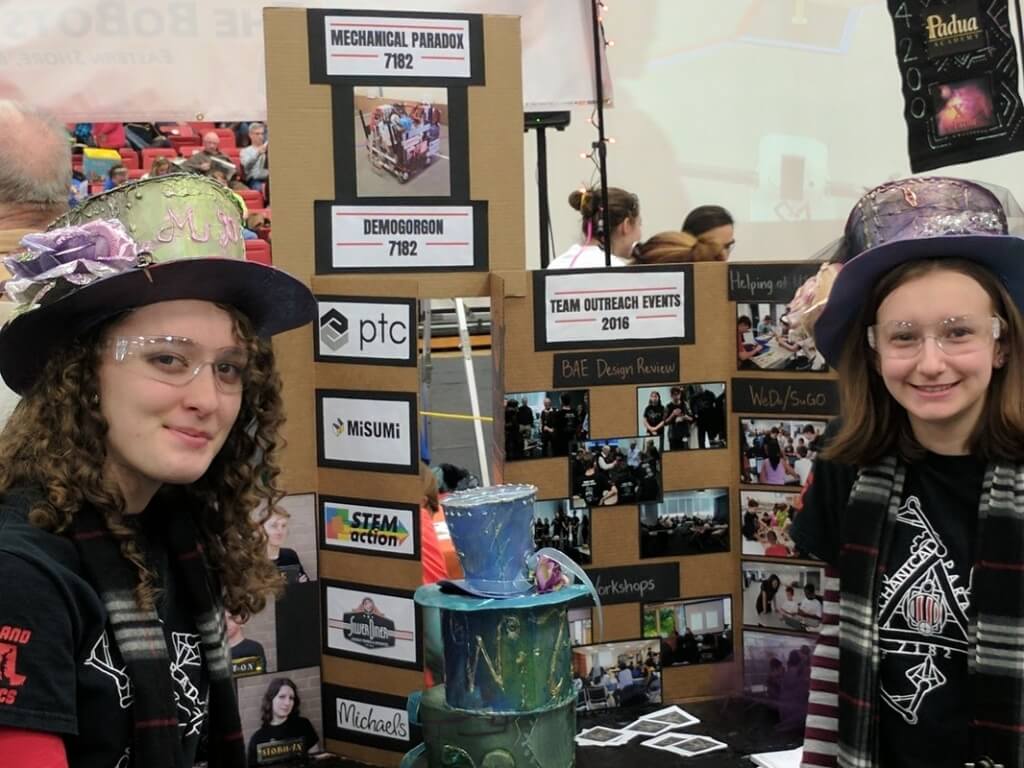 Q4: How many team members aspire to go into STEM fields?

The majority of the members on our team aspire to go into STEM fields (though many members have several years to decide, so this estimate may fluctuate over time). Although the others have differing visions for what they will study, they will bring knowledge and experience from different aspects of the FIRST® program, such as the engineering documentation and public relations components, with them into their fields.

Luke:  I am going to study Computer Science in college. 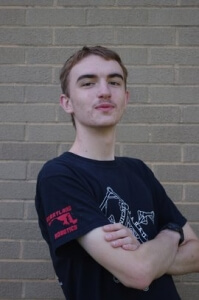 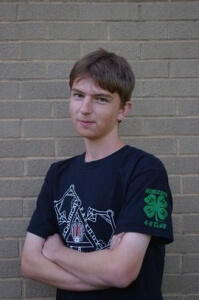 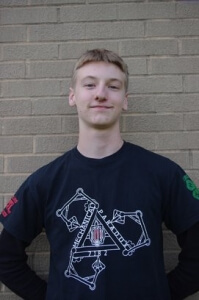 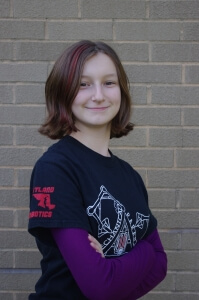 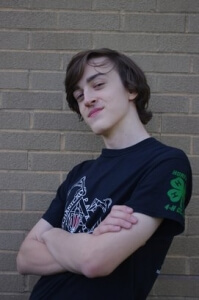 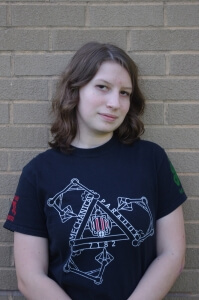 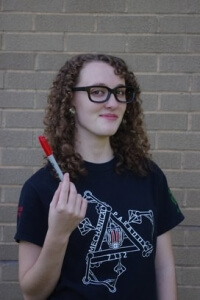 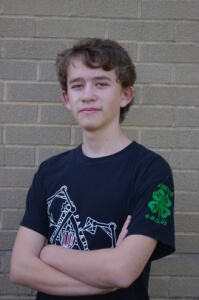 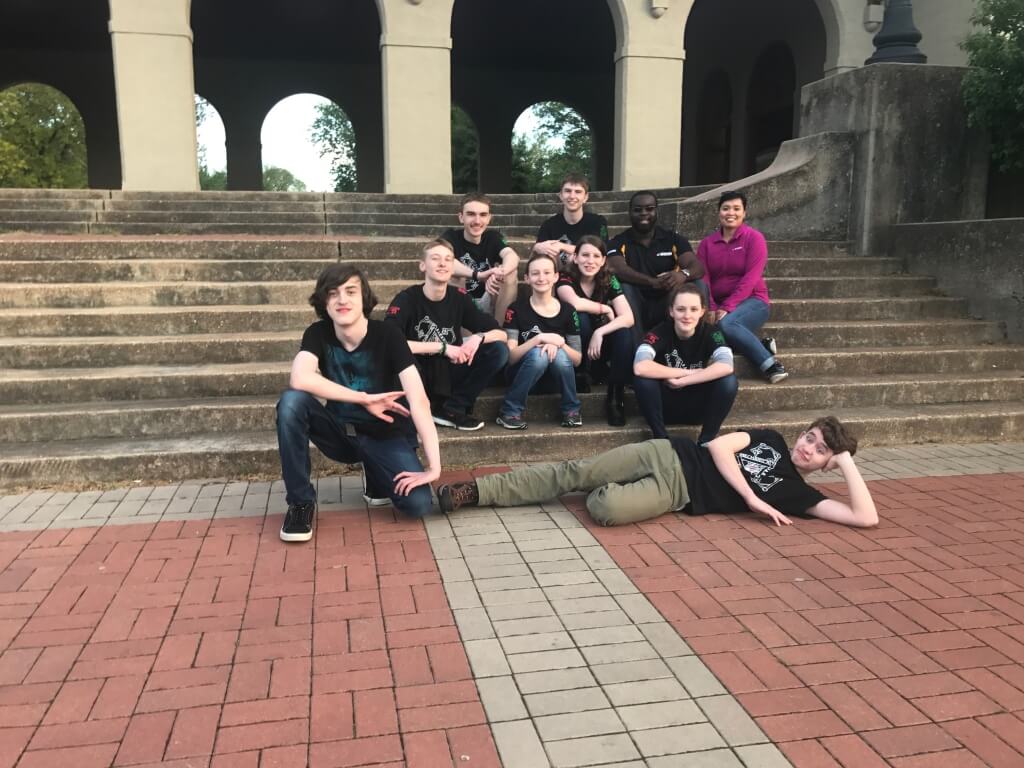 Q5: What was the biggest lesson learned in this year’s Championships?

Across all of our previous competitions, even with a relatively large team, we tended to struggle with scouting other teams and gathering match data. At the World Championship, we decided to create a specific plan of how to break up the scouting subtasks and who would take on each one. We also had a member dedicated to organizing the notes such that they were easy to reference. This enormously increased the efficiency of our scouting, and helped us learn that a defined and universally understood approach to a problem is much more likely to work successfully when operating as a team. 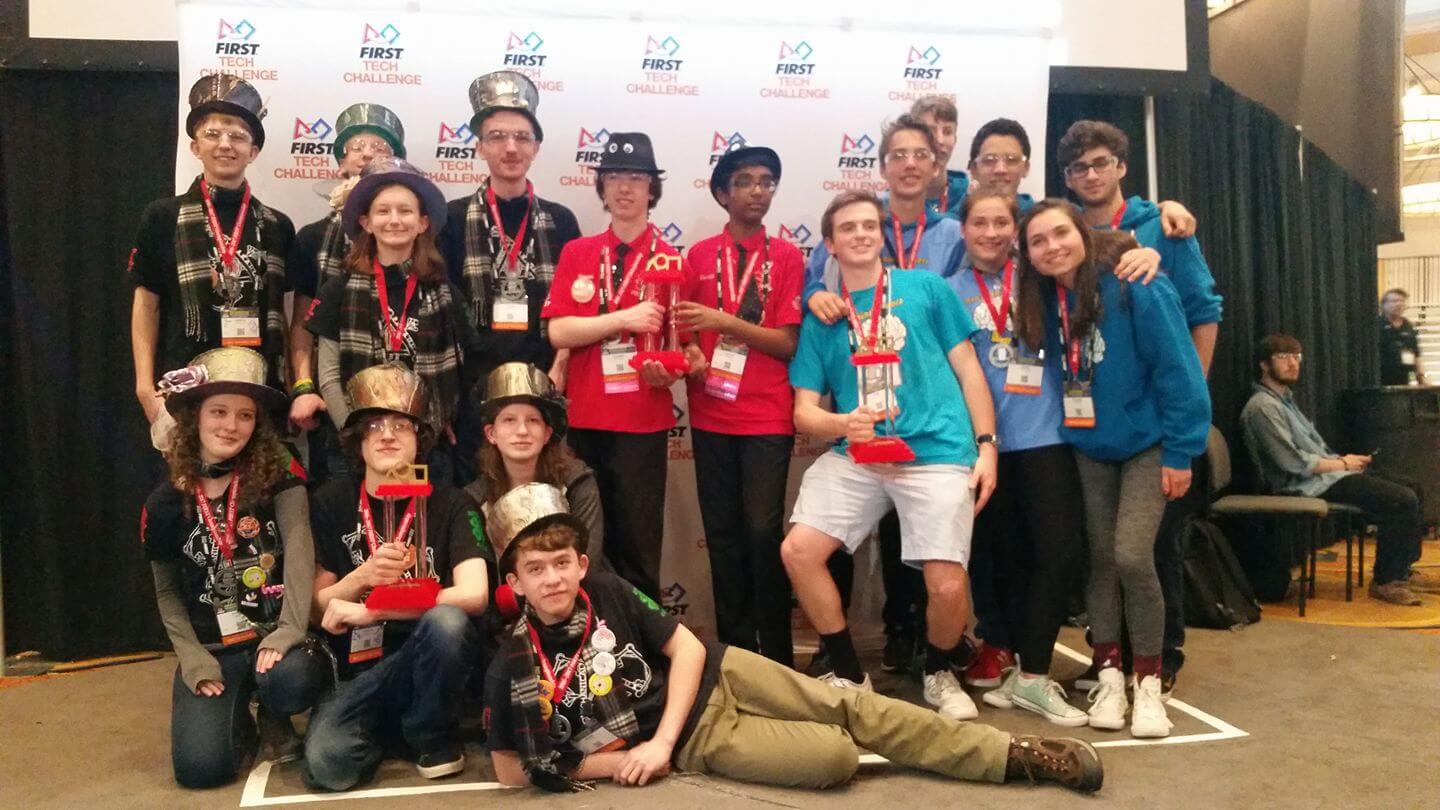 Congratulations to Mechanical Paradox on a job well done at the 2017 FIRST® Tech Challenge Championships in St. Louis!  We are looking forward to seeing you again next year!

For our past posts regarding FIRST Robotics, check out them out here:

You can find more information on Team MP on social media and on their website: