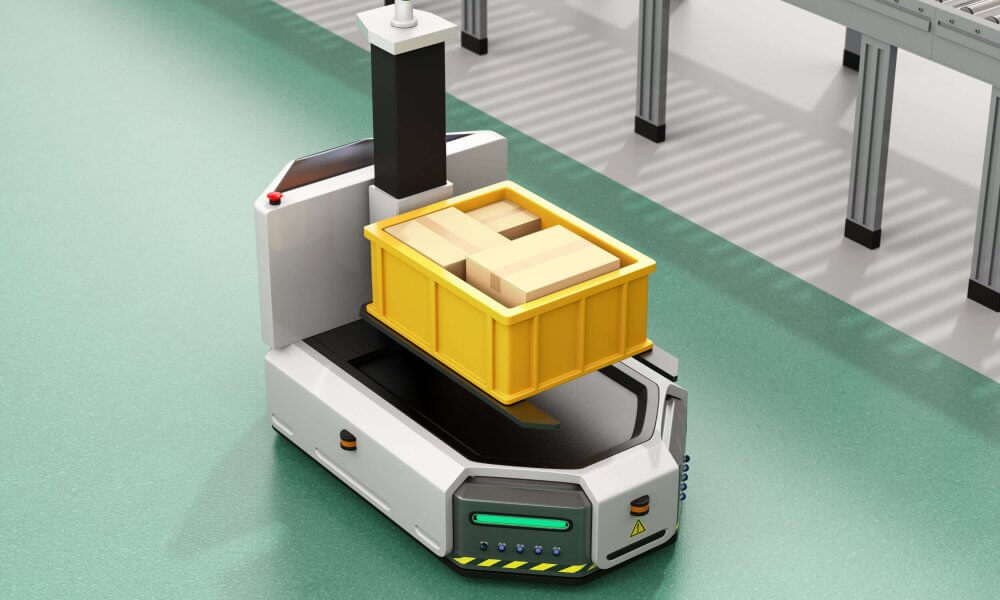 As promised, our warehouse automation series continues with AGV’s and AMR’s. The two may seem very similar, however, several key factors set an AGV and an AMR apart. The biggest difference between the two comes down to how they move through a facility. If you missed part one, read it here.

An AGV is just what the name implies, a vehicle that operates by a fixed and guided route. They are mobile robots (such as driverless trains, pallet trucks, or unit load carriers) that are, able to move independently of an operator. The way they navigate the warehouse floor depends on the type of AGV it is, generally these machines either follow markers or wires in the floor or use a combination of LiDAR (Light Detection and Ranging) Sensors, to establish routes and avoid obstacles.

An AMR is an autonomous robot designed to self-navigate, work collaboratively with humans, offering a much smarter solution than an AGV. With an AMR, you get a flexible solution that offers easy adjustments to changes in your operational needs. Implementation of an AMR is much simpler than an AGV, as there is no need to make expensive facility modifications to automate a warehouse.

An AMR is much more sophisticated, there are many sensors incorporated and onboard computers that allow an AMR to understand its operating environment. Rather than being restricted to fixed routes, an AMR can navigate using mapping technology, allowing it to plan its own paths, travel quickly and efficiently. Also using, LiDAR (Light Detection and Ranging) Sensors, AMRs are smart enough to recognize and react to people, cars, forklifts, etc. Safely performing their jobs no matter how busy the surrounding environment and can even perform tasks like following a person, wherever they go.

The Benefits of Warehouse Robotic Systems

The benefits of warehouse robotics can take the load off of the workforce and allow for new opportunities in the expansion or growth of your warehouse with various MISUMI components. Comment below on your thoughts! Up next in the Warehouse Automation series is the conclusion, Part 3: Automated Storage and Retrieval Systems.