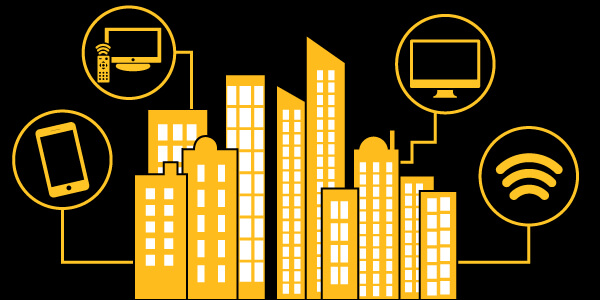 The Internet of Things – What is a Smart City?

We’ve covered what IoT is, security, and even manufacturing. To conclude this series, we will cover Smart Cities and the technologies that are in use today.

A smart city uses IoT to gather and analyze data from connected devices such as sensors and RFID scanners. The city will then use this data to improve its infrastructure. Smart cities have the potential to improve things such as energy, traffic, and safety. There are many cities currently using elements of a smart city to gather data and many cities that are considered Smart Cities.  After all, a city’s infrastructure can make or break the success of the city.

We all know and understand the pains of commuter and construction traffic, what if there were smart roads? Roads that can lead to less traffic accidents, more efficient roads and safer pedestrian walkways. Roads to predict when major or minor construction is needed. Maintenance can be monitored on roads for high traffic areas. Sensors can count the number of cars that use that particular route allowing for maintenance since it is a high traffic area.

Energy efficiency is also a big benefactor of smart cities. Street lights no longer need to run in areas that are not walked through. Street lights can turn on in specific areas for safety. Lights can be changed to LED for high traffic areas. Power management is possible for buildings using solar power. Power can be transferred to buildings that require it or be put back to the grid for storage. The distribution of power can be determined using sensors and solar panels. Even smart homes are a part of the smart city. There are smart thermostats, smart fridges, and smart energy meters all collect data to run your home more efficiently.

Entire smart cities are in trial in cities all over Europe. The first was Santander, Spain. There are over 12,000 sensors throughout the city gathering data from air quality to counting the number of available parking spots. This small city of 180,000 is an old seaport on the north of Spain. Gathering all this data allows city officials to better manage the cities resources. They are dubbed SmartSantander. There are several other European cities used as testbeds such as Belgrade in Serbia, Lubeck in Germany, and Guildford in the UK. 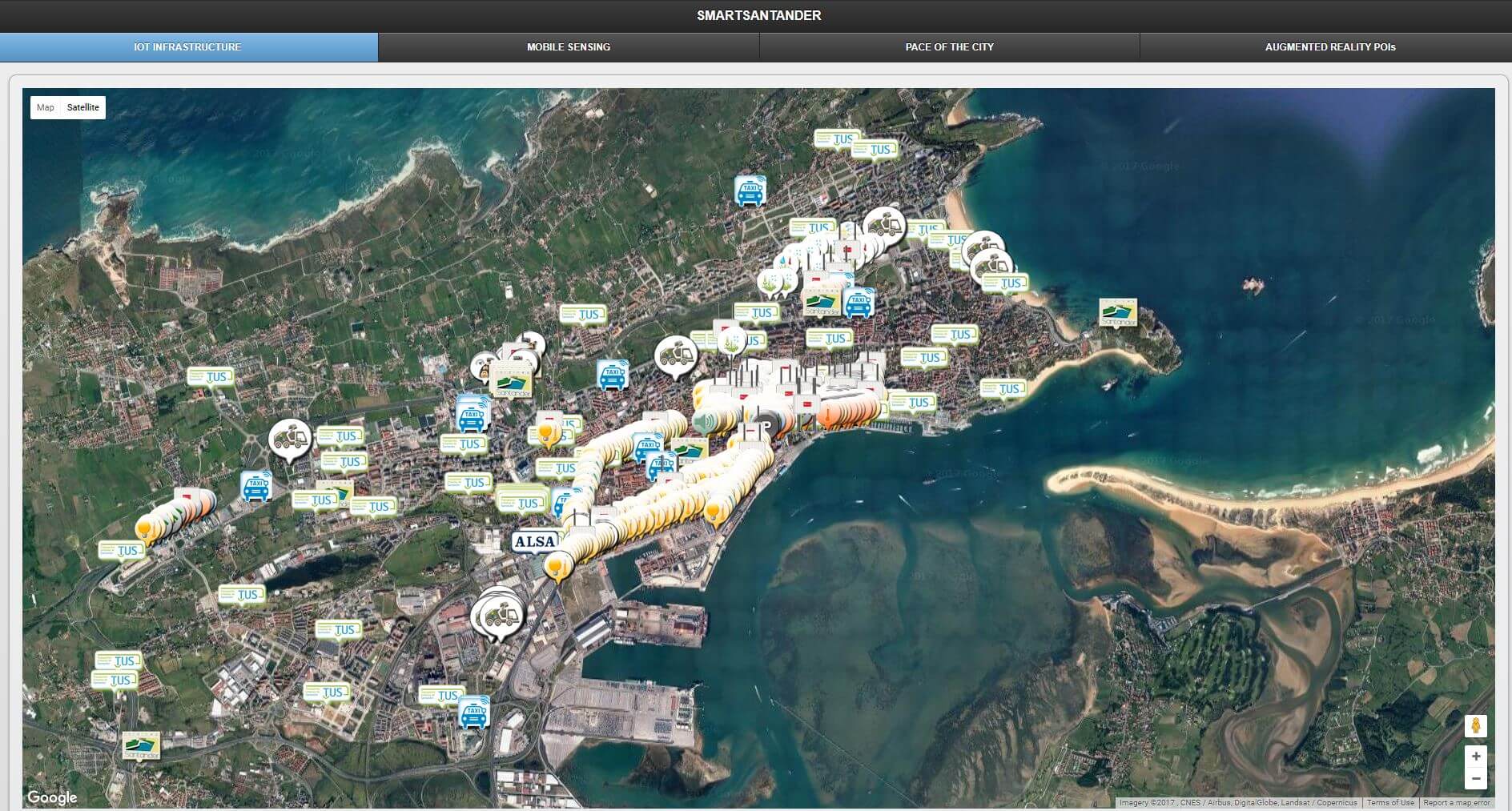 This interactive map allows the citizens of Santander to view the placed throughout in the city.

The US has yet to catch up to their level but there are small experiments in use and running successfully. For example, the City of Chicago is using the grid system to solve the rat infestation problem. There are locations in New York that are sensing gunshots in high-crime neighborhoods.

RFID scanners are used to measure garbage weight. Users will put their garbage into the basket and scan to activate its sensors. The garbage will then be weighed and tracked. Collecting this data can create more accurate times for garbage pick-up resulting in efficient garbage truck use.

It is easy to imagine Smart Cities taking steps to ease the carbon footprint on earth as well as make cities safer. The argument against Smart Cities could be related to security (read the blog here!). What is to stop a highly skilled computer hacker to tap into these Smart Cities and adjust the Smart City elements to their wants? On the same token, cities can be safer in time of natural disasters or even terrorist attacks. Creating these interconnected systems and cyber-physical infrastructures can allow cities to share resource information, prevent failures and protect people. While the investment is large and deep, the possible outcomes and benefits would pay out in the end.

Missed out on the other posts on the Internet of Things? Check them out below!

The Internet of Things – What does it mean?

The Internet of Things – Are we Secure?

The Internet of Things – What is Industry 4.0?