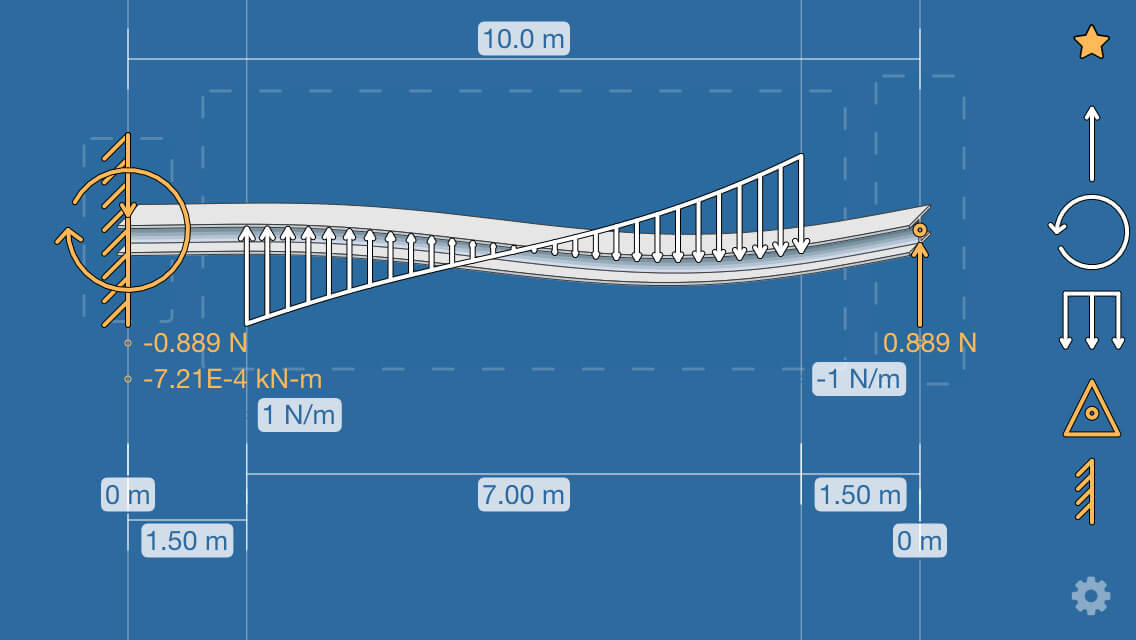 Another important consideration to take into account when trying to locate work pieces is the role external forces will play in the process. Depending on the machining process that the work piece will be subjected to, there may be different setups that would be required to hold it securely. For example a drilling operation will create different forces on a workpiece compared to a milling operation.   As such the forces that a work piece will be subjected to need to be analyzed so that the proper locating techniques can be used to avoid:

We can use the example of a typical drilling operation to understand the effects of a good and bad practice when it comes to locating work pieces subjected to external forces.  The drilling process produces two types of forces; rotational forces known as torque and a plunging force as the drill bit sinks through the part. Figure 1 shows a setup where the radial forces have not been accounted for. In this setup as the drill is lowered it would cause the work piece to spin. This may cause the work piece to fracture or result in the hole being misaligned. The proper way to secure the piece is seen in Figure 2. The optimum design for this kind of work would also include a clamping force to stop the part from moving when the plunging and removing the drill bit. 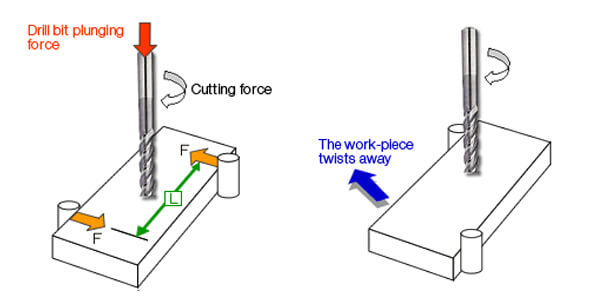 When considering forces we need to account for the magnitude of the force along with its direction. Simple calculations can be used to estimate these forces so as to ensure the locating features are able to withstand these forces. Rotational forces such as torque on the work piece can be calculated using the formula laid out below.

As seen in the previous example, locating efforts usually involve applying a force onto the work piece so as to hold it down securely to avoid movement.  The action of applying this force to secure the part can have unintended consequences if done incorrectly as it can lead to part deformation.

The reason these deformations happen can be boiled down to a simple principle. They usually occur in situations where the binding force experienced by the part due to being secured is greater than the force required to deform a part. Reducing the clamping force may seem as a logical way to avoid this problem but many machining operations require parts to be clamped with forces larger than what it would take to deform the part because of safety reasons.

When designing locating fixtures with the intent to take deformations into account we need to consider what force is needed to cause part deformation, where the clamping force is being applied, and what changes can negate the force imbalance. A simple example of deformation from clamping can be seen in Figure 3. In Figure 3(a) we can see the clamping or “fixturing” force may cause the part to deform. A simple solution to this would be to add supports as seen in figure 3(b) – negating the clamping force.

An example of handling deformations caused by clamping forces

As we are trying to remove the chances of deformation occurring in our workpieces we also have to understand what the tolerances are on our finished parts. Some parts may have a loose enough tolerance where small deformations may not affect the integrity of the part or its function. In such situations we can avoid overdesigning to help with cost savings.

Proper locating methods are necessary to efficiently and consistently manufacture components. It is also important to consider every variable to ensure one does not introduce supplemental complications. With the final blog on the basics of locating and fixture design, you are now prepared to tackle your own design.

Background A public transit agency that serves the ...

5 Tips for Working and E-Learning from Home