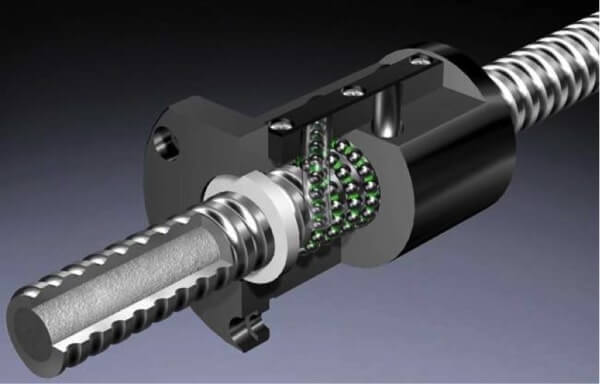 Confused about the difference between lead screws and ball screws and when you should use each? You’re not the only one – if only we could count the number of times we’ve heard this question…

We asked industry experts the most common questions regarding the differences between these two machine components and their usability to help our customers and their teams make the best choices for their projects.

Q: Why is the difference between lead screws and ball screws so important?
A: First and foremost, it comes down to mechanics. Even though both types of screws are mechanical linear actuators and can be used in seemingly similar situations, each project engineer needs to consider the back drive, backlash, thrust, speed, lead accuracy, and efficiency required for the mechanism.

Ball screws get their name from the ball bearings that minimize friction and optimize efficiency, while lead screws use sliding surfaces for high friction.

Q: What are the benefits and uses of lead screws and ball screws?
A: Lead screws are quiet, smooth, resistant to corrosion, self-lubricating, and often less expensive. They’re favored in situations that require higher levels of customization. Because lead screws are virtually silent and vibration-free, they’re often used for medical equipment like insulin pumps and in personal computing devices like desktop PCs.

Q: What are the different requirements for moving and stopping between lead screws and ball screws?

A: Because lead screws are self-locking, there’s typically no need to apply additional brakes, even in situations where you’re lifting a vertical load during an electricity outage. However, the higher the friction is on the sliding surface, the more power is required to drive the load up or forward.

Ball screws can turn straight motion into rotational motion, and vice versa. Because they have ball bearings that reduce friction, less motor power is usually required to drive them.

Have more questions on the differences and applications of lead screws and ball screws? Feel free to leave questions and comments below, or call a product specialist at 800-681-7475!