Earlier this year, MISUMI USA hosted a contest on Reddit for 3D Printer BOMs that used MISUMI components. We’d like to congratulate our first place winner, Andrew Chase-Ziolek, on his design of an Ultimaker 2 derivative called the Alumimaker 2. 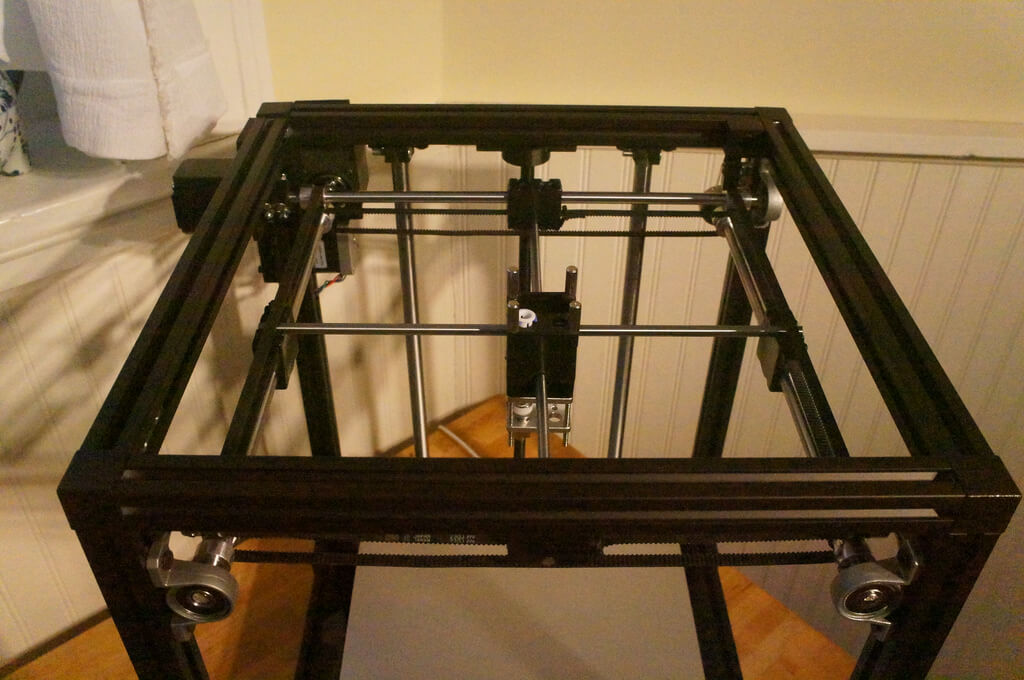 In Andrew’s words: “It includes several design improvements, but most importantly it’s made with 2020 extrusion, so it’s easy to modify and expand the build volume (easiest in Z, but also easy in X and Y.) I decided to design this because the Ultimaker 2 has received great[1] reviews[2]  , I wanted to experiment with their motion system, and I wanted a system that I could easily upgrade to dual extrusion. This printer uses a number of stock Ultimaker 2 parts to leverage a known-good design.”