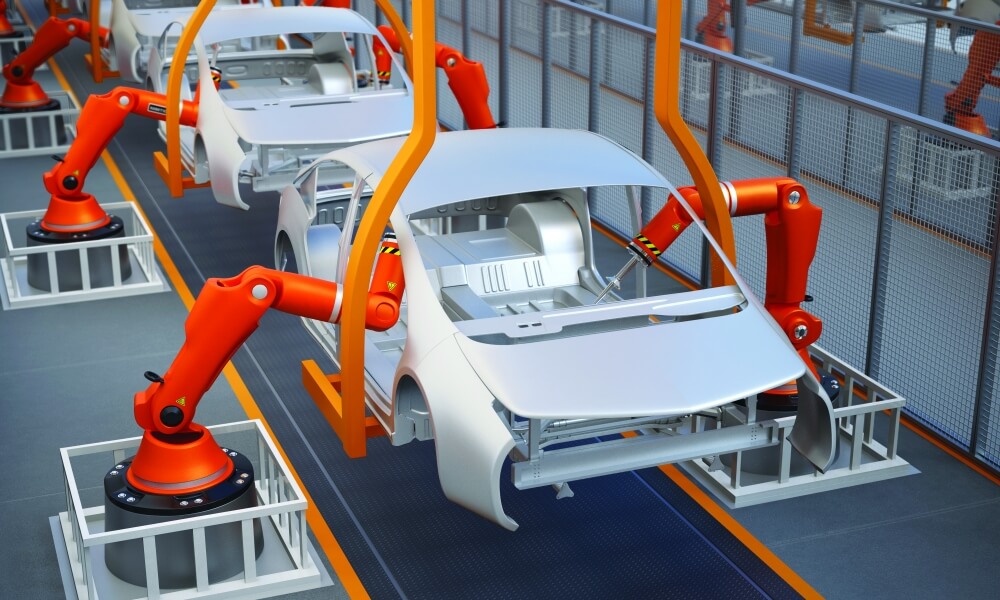 It’s the season of love! Factory/industrial automation is a diverse industry with many benefits which is why MISUMI loves automation. Here are 5 reasons we think automation is loveable.

There is a common thought that robots replace humans. It is true but with robotics, jobs that would be difficult for humans to accomplish can now be completed accurately and efficiently. For example, robots can carry a variety of heavy loads or work in high or low temperature environments in which it would be uncomfortable for humans. According to the International Federation of Robotics, automation has led overall to an increase in labor demand and positive impact on wages. [1] Plus, robots are cool!

Then there’s the exact opposite of robots, people. When you think of automation, you don’t necessarily think of people but people are the driving force behind automation. After all, people are the reason automation exists. Consumers drive demand and engineers must meet that demand. Some of the most brilliant minds are at work developing designs for vertical startup and production lines. There are many details that go into automation and engineers – people – are at the heart of it.

Automation allows for products to have higher quality. Repeatability and accuracy are two biggest factors in the implementation of automation which means for higher output at lower cost. The demand for more products at shorter lead times is one of the many reasons automation was created. It’s an awe-inspiring knowing how goods are created from large low-temperature complicated machines.

Automation creates the opportunity for new ideas and designs at small or large scale. Designing automation systems, requires creativity. Many engineers find that they must think outside of the box to get the results they need. Not only can designers grow in their skills, automation also allows for economic growth, the more product that is available the more options for customers to purchase.

Automation gives opportunities to many. It has produced some of the newest technologies from 3D printing to laser cutting to water jet cutting to IoT systems. Less waste can be produced from automation saving time and resources which can be an impact on small and large communities. New jobs were created in the manufacturing environment from system integrators to maintenance operations. Large or small factory automation impacts many.

What other reasons can you think of to love factory automation? Comment below!

Don’t forget to visit MISUMI USA for all your factory automation component needs!