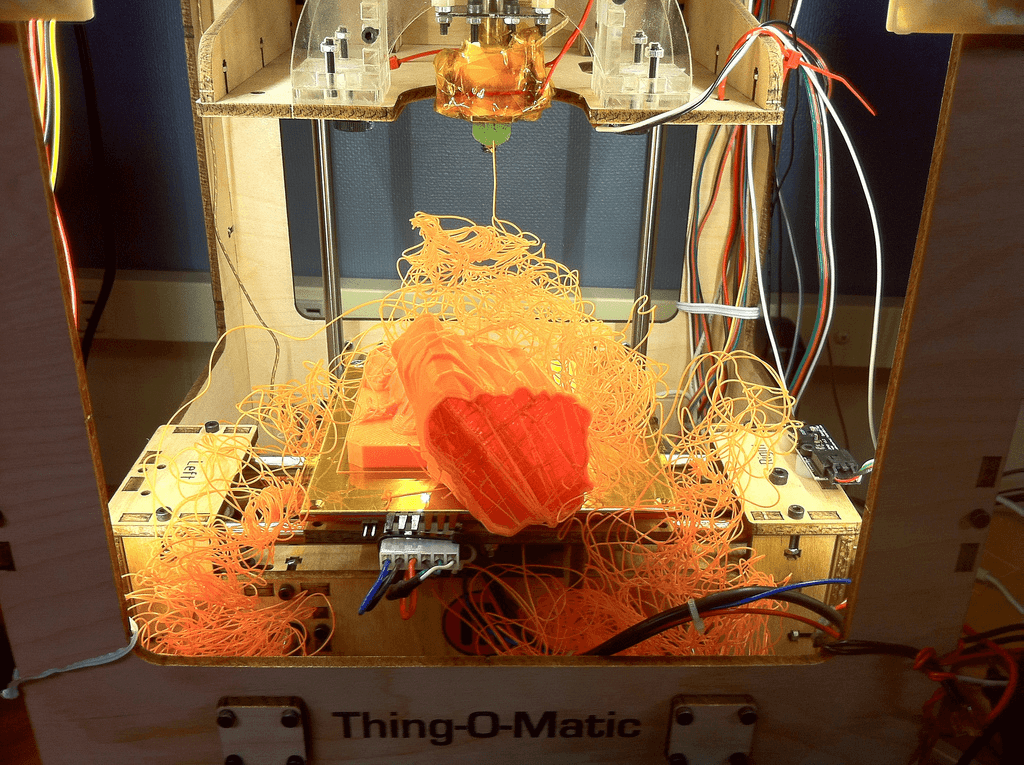 We have had several articles about 3D printing in the past, covering different printers, modeling programs, and even projects that you can do on your own. If you’ve decided to take the plunge and invest in a printer, or are still not quite sure about this technology, we’ve put together some tips and helpful gadgets for the do-it-yourself enthusiast.

As our featured picture can suggest, not all 3D printing jobs go as expected. Printing times can be long, and after the novelty of watching your printer do its thing wears off, more than likely you let it alone until it completes. However, if something goes wrong in the middle of a job, you can get a piece of abstract art that’s reminiscent of spaghetti, rather than the object that you wanted. While it’s easy to throw that in the trash and forget about it, you just invested a lot of money in that plastic and likely would prefer to have something useful come out of this disaster.

If that’s the case, look no farther than the The Cruncher, a plastic recycler made by startup Extrusionbot. While still in development, The Cruncher would allow you to grind up printing fails into small chunks that can be fed into the company’s EB2 Filament Extruder (available for $899). The cost savings of producing your own filament for printing can be sizable, so the initial investment can be worth it. Also, common everyday materials like plastic bottles can be recycled into printable filament with the system (see the video for an example). As with most do-it-yourself processes, there is always a learning curve. The expense of the curve with 3D printing is wasted material, so having a beneficial reuse for that waste is always a plus.

Innovations for the DIY enthusiast can also be found with the 3D printer itself. We’ve commented on open source options for printers in the past, but none of them have taken building a printer to the same extreme as African inventor Kodjo Afate Gnikou. He works for WoeLabe based in Togo, West Africa, and built his printer from discarded electronics for less than $100. While not necessarily a concern for some, finding or reusing resources is a way of life for others. Gnikou puts this call to action on his page: “[G]ive Africa the opportunity to not only be a spectator but to play the first role in a more virtuous industrial revolution.” Using new parts is always easy, but recycling old ones is both a challenging and a rewarding experience.

Another great innovation that is just starting to become widely available is the 3D scanner. In order to print an object with your new 3D printer, you need to have a suitable digital model describing that object. Historically, these models were created by draftsmen using computer software that had a decent learning curve – probably out of the realm of the casual DIY enthusiast. However, 3D scanners are now coming onto the market that allow anyone to convert a physical object to a digital model with ease. Some even offer direct integration with the company’s 3D printer, making the process even more streamlined. 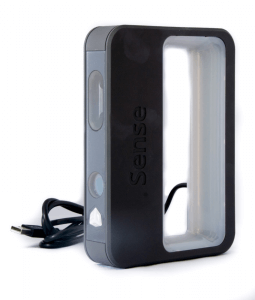 Take, for instance, the Sense 3D Scanner, available for $399 from Cubify. The handheld scanner is moved around an object, big or small, to create the model. Built-in editing tools allow you to touch up or modify your object before printing. Resolution is a little fuzzy at 0.9 mm, but an accuracy of ±1.0 mm, a total scan volume of 3 m3, and the ability to scan in color are good positives. On the negative side, scanning smaller objects is a challenge and probably more suited to a tabletop model. For instance, MakerBot sells their Digitizer Desktop 3D Scanner for $799. The higher price comes with a higher resolution of 0.5 mm, but an accuracy of ±2 mm, a scan size of 20.3 cm diameter by 20.3 cm height, and no color information. Benefits to the MakerBot are the ability to join multiple scans of the same object into one, allowing you to capture more complex objects with ease, and direct integration with MakerBot’s 3D printers. The company also offers tools for modifying your 3D models.

Regardless of how much you believe in all the hype, 3D printers and related technologies are here to stay. We might still be on the cutting edge of bringing 3D printing to the masses in an affordable package, but options are certainly available for the DIY person who isn’t afraid of stepping outside his comfort zone. Remember to do your research (check out places like Consumer Reports for reviews) and most importantly, have fun! Happy printing from us at MISUMI, and remember you can always contact us with any questions about your 3D printing needs at engineering@misumiusa.com.