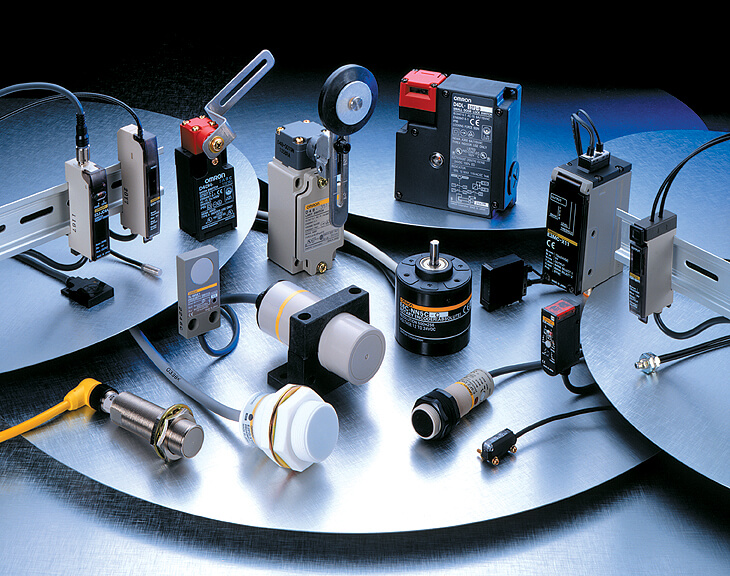 At its simplest definition, a sensor is a device with the ability to detect physical occurrences and changes in the environment, process them as inputs, and then generate an output signal. Sensors play a significant part in the manufacturing industry where they help control the speed and position of various actuators on automated machines. To accurately detect changes such as speed, location or the presence of objects, sensors must be appropriately positioned and mounted.

What are the different kinds of sensors?

Analogue and Digital sensors are the two main kinds of sensors that are available. Analogue sensors produce a continuous output signal or voltage which is proportional to the effect being detected. Sensors that fall under the analogue category include temperature sensors, pressure sensors, position sensors and accelerometers. A digital sensor, on the other hand, outputs a digital signal after the process of converting analogue signals to digital signals has taken place. Pictures of these sensors can be seen below.

Where would you place a sensor?

A sensor should be placed in an area where:

The passages above listed out different kinds of sensors that are used in Industry. A very important sensor in the operation of machines and actuators is the position sensor. This sensor is responsible for providing positional feedback on the location of an object which means it is usually referenced to a fixed point on the machine.

There are different kinds of position sensors that are able to be used in the operation of machines and actuators. One of these position sensors is known as a Limit switch. These devices are simple electromechanical devices that involve an actuator connected to a set of contacts.  Other kinds of position detectors make use of different methods to detect distance such as the optical sensors (through beam and reflected beam type), magnetic type sensors ( Magnetostrictive Linear Position Sensor and Hall Effect based Magnetic Position Sensors) or resistance based  sensors (Potentiometric Position sensors).

Within motion systems, a range of sensors can be utilized to control the program and position within the system. Part 2 of our series on sensors will take a further look at proximity sensors and mounting options for linear motion systems.

MISUMI headquarters has relocated to a state-of-the-art building ...