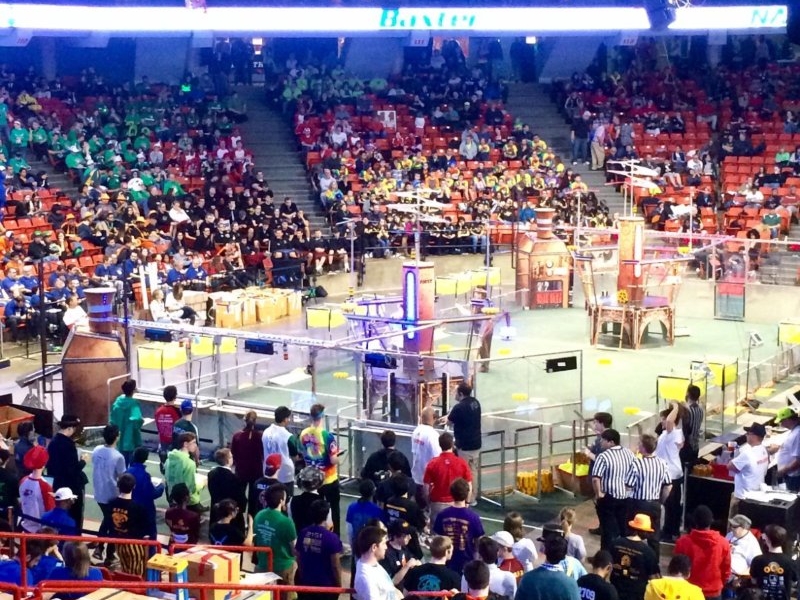 This year MISUMI USA became a Silver Supplier for the FIRST® Robotics Competition.   This competition is for high school aged teams that create, design and program robots that compete on a special playing field.  As simple as this definition is, it is so much more than just a robot building competition.  It is truly a movement and it changes lives.

Our role in this competition was to provide parts in the Kit of Parts that each team receives.  The kits consist of many components that teams need to help build their robot.  We provided lead screws and rotary shafts.   It is up to the students to decide what parts to use.  It was our pleasure to expose these young minds to the benefits of using MISUMI.  In the next series of posts, we will be going over some highlights of MISUMI’s experience with the FIRST® organization.

One of the perks of being a FIRST® supplier was having the opportunity to be a Guest Emcee at a regional event.   I, Carlicia Layosa, Marketing Product Engineer, took full advantage of this opportunity.  Going into the event, I had no idea what to expect, not nerve-racking right?  🙂  The regional event I guest emceed was the Midwest Regional located at my alma mater UIC – the University of Illinois at Chicago on Saturday, April 1, so I at least had that familiarity.  I had communicated with the director of the event and the only information I had was that it would be fun.

When I arrived, I found 2 intelligent and warming student ambassadors that gave me a professional tour and found the correct people to talk to.  Shout out to Team 2451!  It turns out I had arrived just in time.  The final rounds were underway so the crowd was filing in and competition energy was building.  I was given a quick rundown of how emceeing works from the regional director and master emcee.  My task was to simply announce the team numbers of each alliance…on a microphone, in the field, and in front of thousands of people, yes, simple indeed! 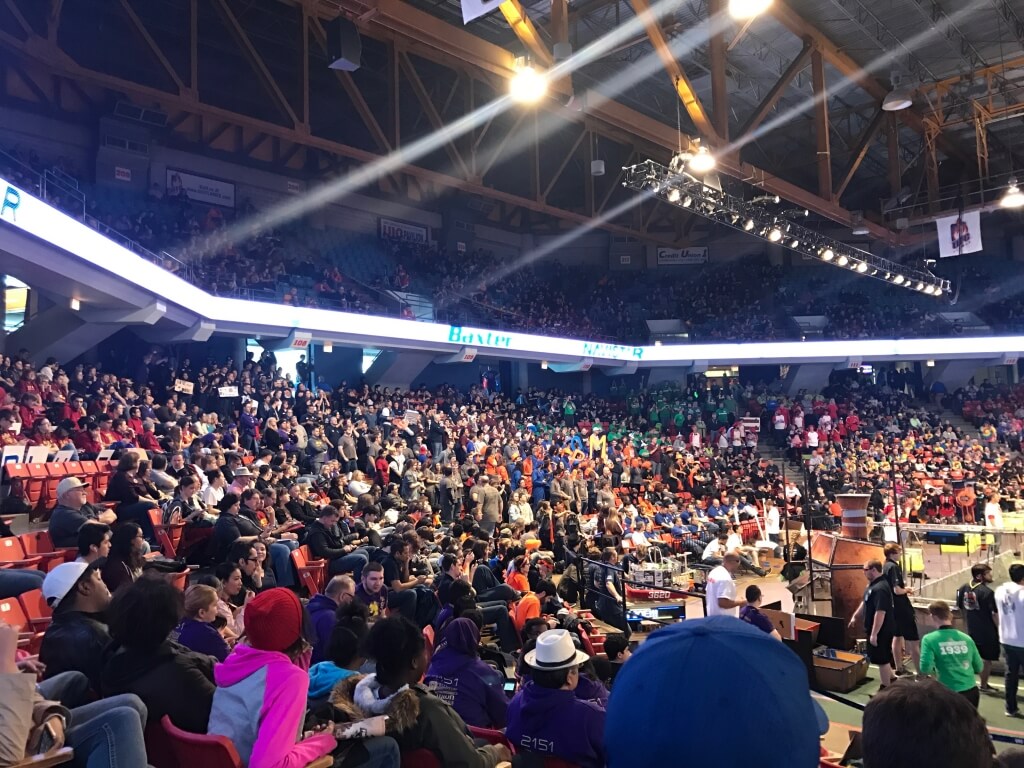 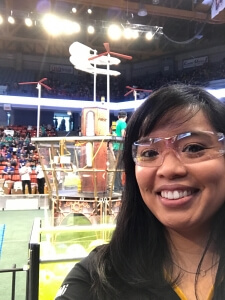 You can see the “Launchpad” behind me.

But I felt the energy of the audience, teams, and volunteers racing through my veins and I was ready!  They let me watch a few rounds of team announcements first and then I would be up.  Microphone at the ready, the master emcee announced me as a special guest from MISUMI USA and I was greeted with enthusiastic cheers! 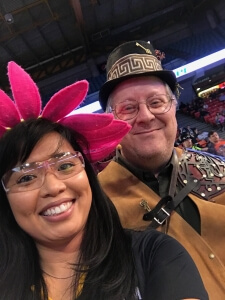 Master of Ceremonies and I. 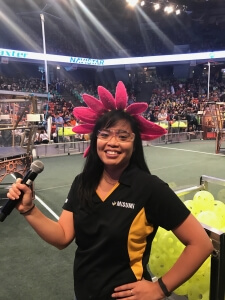 With that small boost of confidence, I announced each team on each alliance.  The numbers were right on the display so it really was simple!  The fun part was being able to see the teams do a special pre-round dance or move as their team number is announced whether it was banging loudly on the clear plastic barrier or giving high fives.  I announced a few rounds, was then invited to stay and watch the matches.  It was a very memorable experience and I enjoyed every second of it. 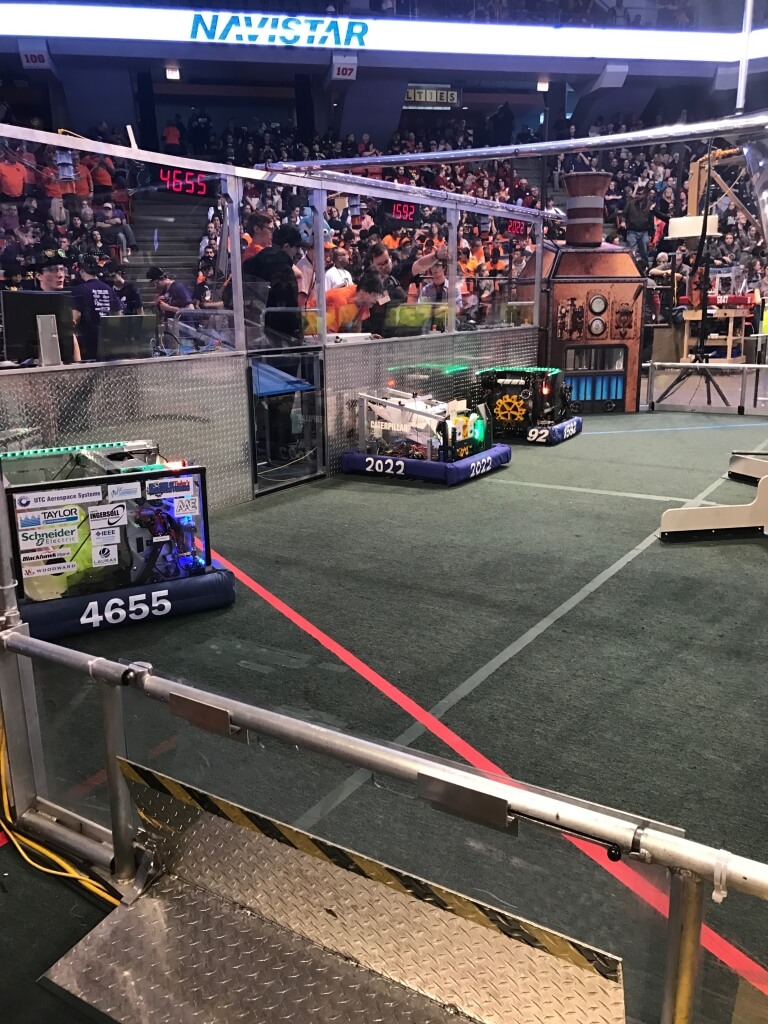 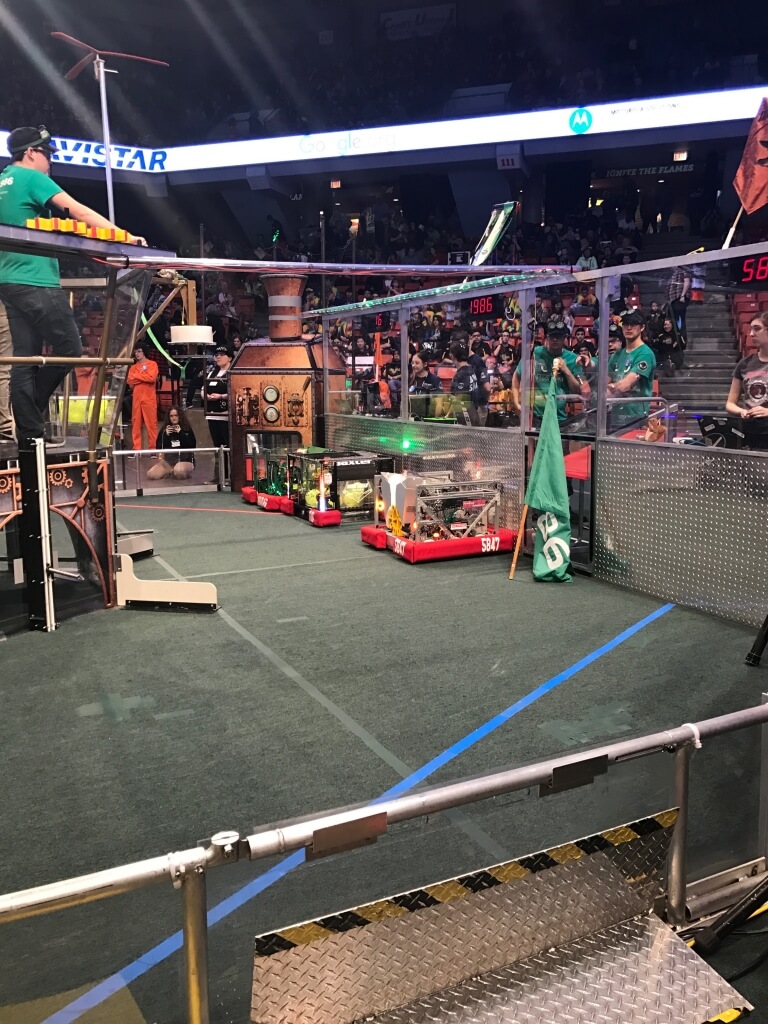 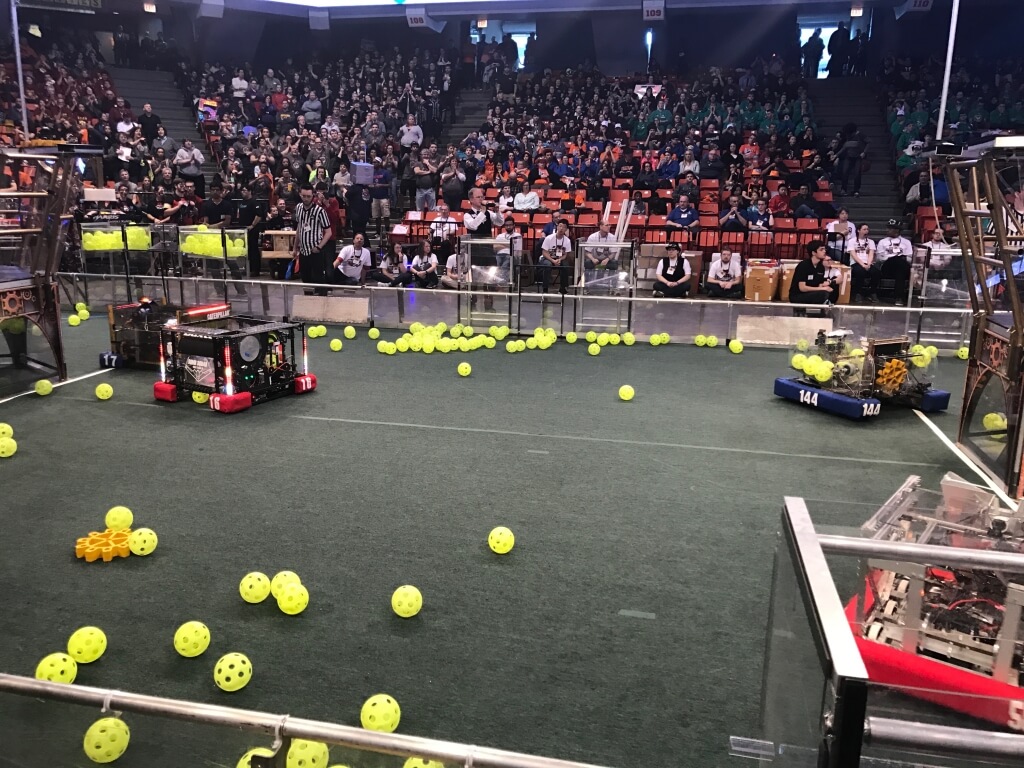 FIRST® knows how to put on a great competition!  Watching the matches was both entertaining and stimulating.  Being an engineer myself, I tried to determine how each robot completed their tasks and what components they used from gears to timing pulleys to pneumatics!  It was entertaining because the game is timed and there are offense and defense involved.  Some of the tasks that the teams had to accomplish were shooting, catching, and climbing.  The students had their work cut out for them.  It is clear that they learn a great deal from being in this competition.  The competition was fierce but there was also a large sense of comradery present.  The values of FIRST® are truly maintained by the teams, volunteers, mentors, and employees.  It truly is a life changing experience! 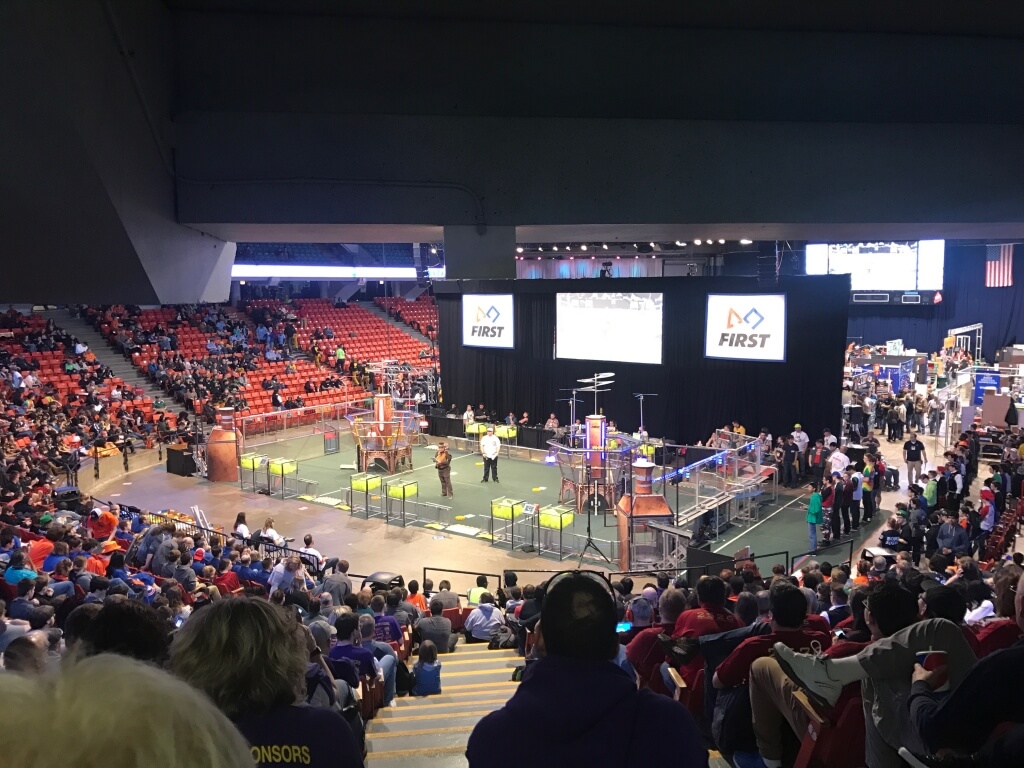 In the next post, we will dive into our experience at the Championships or as the teams call them, Worlds!